Lenovo is one of the world’s biggest PC manufacturers, and its laptop business is one of its most important divisions. The company makes a wide range of laptops, from budget options to premium machines.

Many people are curious about who makes Lenovo laptops, so we’d look at their manufacturing partners and see how their products are made.

Arguably one of the biggest tech brands in the world today, Lenovo has expanded from a small computer maker based in China to an international technology company with operations in more than 170 countries.

With over 100 million devices sold per year, Lenovo is one of the leading personal computer (PC) manufacturers in the industry today. As such, there are plenty of interested parties who makes Lenovo laptops. Keep reading to find out more!

Is Lenovo a good laptop brand?

The company has operations in more than 170 countries and has been growing rapidly since its founding in 1984. It’s currently the world’s largest PC manufacturer and is one of the biggest smartphone manufacturers in the world as well.

In the second quarter of 2022, Lenovo had a market share of 24.8 percent of global PC shipments. Together with HP and Dell, Lenovo accounts for around two-thirds of global PC sales today.

As such, it’s safe to say that Lenovo is an excellent laptop brand. The company makes a wide range of laptops, from budget devices to premium machines.

Its laptops have proven to be popular with business and consumer customers, with the company’s products being well-reviewed and recommended by many publications and experts.

Lenovo laptops are reliable and durable. The brand has been well-known for making excellent laptops and other devices, and these laptops can last for years without any issues when used per the guidelines.

Additionally, the brand makes a wide range of laptops that are energy efficient. For example, the Yoga series is known for its amazing battery life.

Lenovo’s ThinkPad and Lenovo lines are noted for their impressive innovations. Lenovo’s excellent hardware, high quality, and long-lasting battery life make them a top company in the field of laptops.

Lenovo is one of the world’s biggest PC manufacturers. However, the company does not manufacture any of its products; instead, Lenovo outsources its manufacturing to third-party companies worldwide.

Which Country Brand is Lenovo?

The company that manufactures Lenovo laptops is primarily based in China, and the products are often labeled as having a “China Brand.”

Although the country of origin will vary depending on the product you’re interested in buying, many of Lenovo’s laptops are manufactured in China.

The company operates in various countries worldwide, but its most significant manufacturing locations are in China and Southeast Asia.

Lenovo has factories in Japan, Brazil, and Germany. Lenovo has decided to use the “Made in USA” label on laptops to boost the company’s standing in the United States, which is manufactured in North Carolina.

How Much Is My Laptop Worth? Find Out Now!

What Model is my Lenovo Laptop

How Old is My Lenovo Laptop

Who is the manufacturer of Lenovo laptops?

It was first established in Hong Kong in 1988 and later named Lenovo in 2004 by Legend. Legend Holdings, which controls 30.6 percent of Lenovo shares, is a Chinese investment holding company, and legend Computer was renamed Lenovo in 2004.

Legend Capital, Raymond, Digital China, and Holy Capital are some of Legend’s other significant assets.

IBM’s personal computer division agreed to a partnership with Lenovo in 2005, now one of the world’s leading research and manufacturing companies. They employ over 60000 individuals, operate in over 60 countries, and sell their goods in over 160 countries.

Lenovo outsources its manufacturing. As such, the company’s laptop manufacturing partners are spread across many different countries.

The company’s manufacturing partners are primarily located in China and Southeast Asia (e.g., Vietnam and Indonesia). The company also operates in Brazil, Mexico, and the United States.

Why You Should Trust Lenovo

The company has grown into a significant player in the technology industry, with millions of customers worldwide trusting Lenovo every day.

Lenovo laptops and other products are often recommended by both Lenovo’s marketing team and customers.

Many publications and expert reviews have praised Lenovo’s products, and the company is generally considered reliable and trustworthy.

How Long Do Lenovo Laptops last?

As we’ve already seen, the manufacturing partners responsible for producing Lenovo laptops vary between products. However, it is safe to say that, in general, most Lenovo laptops last between five and seven years, with a few outliers lasting longer than that.

How to Connect 3 Monitors to a Lenovo Laptop Docking Station 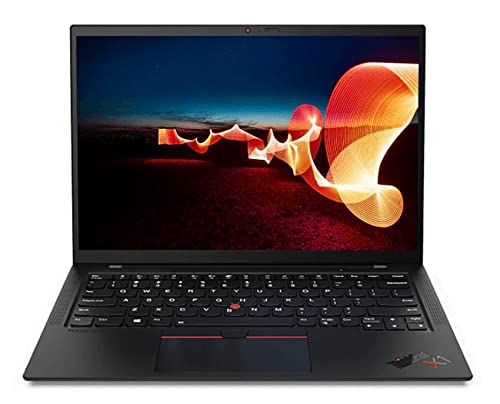 The Lenovo ThinkPad X1 Carbon is a great choice for business users. It’s got the performance you need to tackle even the most demanding tasks, and it has a unique design that makes it stand out from other laptops that are similar in size.

The keyboard is comfortable and easy to use, and the battery lasts for hours. The display is bright and sharp so you can see everything clearly during those long meetings or presentations.

The thickness of this laptop makes it less portable than some other models, but it still fits well in your bag or briefcase and doesn’t weigh much when carrying it around.

It’s a good choice if you’re looking for something that will handle any task well without worrying about how much power it uses up or how quickly it’s getting from place to place. 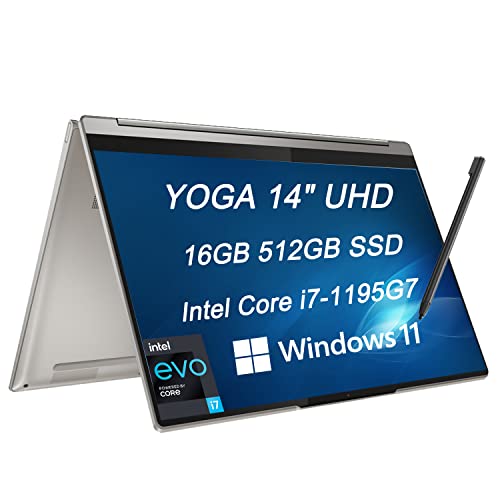 Lenovo Yoga 9i is a business laptop that packs a lot of punch. The 14″ UHD 4K (3840×2160) 2-in-1 touchscreen display has an incredible resolution, making it perfect for any professional task you might have.

The Lenovo Yoga 9i has one of the thinnest bezels on any laptop we’ve ever seen—and it’s surprisingly light despite its powerful features. The laptop also features a Thunderbolt USB Type-C connector that allows you to connect an external monitor or other peripherals without using cables or adapters. 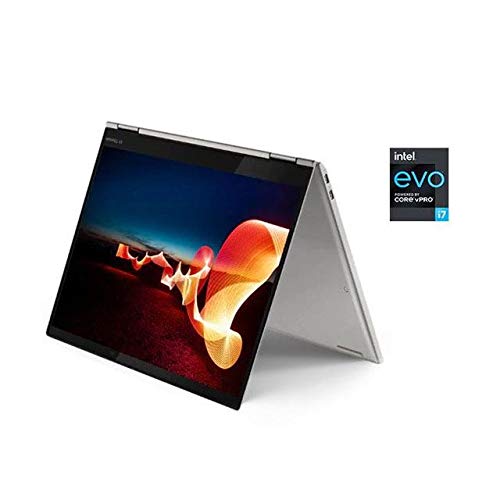 The Lenovo ThinkPad X1 Yoga is one of the best in the Lenovo laptop lineup. I love the 13.5″ QHD 450 nit anti-reflective touch screen, which makes it easy to use a tablet and still have a full keyboard in front of me.

It also has a 1TB SSD for storage space, which is enough for your needs. The best part about this laptop is its beautiful design; it’s made from titanium and carbon fiber with a silver finish that will look nice on your desk at home or in the office at work!

Is Lenovo owned by HP?

HP does not own Lenovo. Lenovo is a Chinese technology company with its headquarters in Beijing. It is the world’s largest PC vendor by unit sales.

Are Dell and Lenovo the same company?

Is Lenovo an international company?

Lenovo is an international company. The company was founded in China in 1984 and now operates in more than 60 countries worldwide. In addition to personal computers, Lenovo sells servers, storage devices, software, and smart TVs.

Who is the founder of Lenovo?

Lenovo is one of the world’s biggest PC manufacturers. The company makes a wide range of products, including laptops, computers, smartphones, tablets, and many other devices. As such, it’s essential to know who makes Lenovo laptops. After all, you want to know that the company behind your product respects your privacy, is reliable, and has been manufacturing products for a long time. That said, Lenovo outsources its manufacturing to third-party companies worldwide. As such, the company’s products vary between different manufacturing locations. For example, Lenovo laptops are often made in China, whereas tablets and computers are often made in Brazil.